Ah, January 2020. When things still felt sort of normal and we were relatively unconcerned about coronavirus. We felt hopeful, even. We were finally starting to sort of get into a rhythm with our new school and city and were looking forward to an awesome trip to Japan, somewhere we had wanted to visit for years. We ate warm bowls of ramen, indulged in otaku culture in Osaka, and saw fabulous Shinto temples in Kyoto.

Sh*t got real in February. The virus was spreading quickly. China was going into lockdown. Our school advised those of us who were out of the country to stay out and prepare to teach online for two weeks. Like many of our colleagues, we made the move to Thailand since we couldn’t really afford two more weeks of Japan. We were pretty happy about this….at first. Two weeks of teaching from the beach while things calm down? That won’t be so bad!

Two weeks became a month. What was really going on? When could we get back? How long is this going to last? Our visa for Thailand was only good for 30 days…where were we going to go? Things were already getting bad in both Japan and Korea. It seemed like it was only a matter of time before the virus would reach us.

That’s not to say we didn’t enjoy some of that time. We split our time between Krabi and Chiang Mai, both of which exceeded our expectations.

We spent most of March in Cambodia – Siem Reap specifically. We had friends who worked at the same school who were also there, so that made the experience feel a little less insane…at least we had others who were going through the same thing. We also LOVED everything about Siem Reap. Amazing restaurants, amazing people, and Angkor Wat was a dream. I definitely plan to go back when the world is normal again.

Towards the end of March, we suddenly got a message from our school saying “COME BACK NOW”, just two days after a message saying “DON’T COME BACK” and at the same time as the American embassy said to get back to the U.S. A lot of mixed messages with very little explanation or transparency. In the end, we couldn’t get a ticket back the U.S. as many countries were closing their borders, so we took the chance on China and got in just days before they closed the border to all foreigners.

April was strange. We spent 15 days in a tiny quarantine hotel, half of which was supposed to be our “spring break”. When we finally made it home, it was nice to be in our own apartment for the first time in over three months. Living out of a backpack had definitely taken its toll. Life was seemingly more or less back to some sort of normal in Chongqing, save for the ultra anti-foreigner attitude and people in masks everywhere. Still, we were ready for some kind of normality.

May suuuuuuuuucked. The whole school got an email on a Monday evening telling us we would be informed by email the next day whether we had jobs for the next year or not. Enrollment was down and they were planning to cut 50% of stuff. We got the email the next day that we were both being laid off. It was terrible. After everything we had gone through, it felt like a slap in the face. Neither of us had ever lost a job before…and what a time to be suddenly unemployed. All travel between China and the rest of the world was shut down. Where were we supposed to go? What were we supposed to do? Looking back, I realized I should have been way less trusting of the school and demanded more transparency. You live and you learn, eh? Anyway, it was pretty rough being laid off towards the end of the school year, just a couple days before my birthday.

June was a lot of negotiating our termination contract and severance, while also trying to enjoy the last bit of time with our friends in Chongqing. We did a lot of touristy things around the city. We had decided not to bother with another school in China. So many of them were laying off teachers in droves. There were opportunities in Chinese schools, but I was sick of being at the mercy of schools in China. Very few of them were being honest with their staff. Yes, the U.S. was faring worse with the pandemic, but at least we wouldn’t be deported. The only issue remaining was a complete lack of flights, but our residence permits were good through August, so we knew we had a little time at least.

We made it home! We got to my sister’s house in Kansas City and I dyed my hair turquoise, because why the hell not!

We celebrated our 12th dating anniversary with a little outdoor date in downtown KC (since we had to spend our wedding anniversary in quarantine). Switched to purple hair. Got my yoga instructor license and mastered headstands (woohoo!)

Happy Halloween! Celebrated all month with crafts, treats, art, and costumes. Even with social distancing, it’s so much easier to feel the Halloween spirit in America. October is such a magical month.

YAY NEW PRESIDENT! Also, we moved to my mom’s, I started grad school, and the rigamarole of international job hunting began. Quite a busy month after such a relaxing summer! At least we get to hang out with this kitty.

Christmas at home for the first time in six years! It’s a little sad that there are a lot of people we still can’t see because of the pandemic, but it is nice to have a traditional Christmas for a change after so many years in places that don’t celebrate. I am grateful for this time to get back in touch with my roots a little and enjoy all of the hygge vibes.

2020 has certainly been a strange year of ups and downs. It certainly did not turn out how I expected it to, but it has taught me to be grateful for the little things and to get comfortable living in the present (and with uncertainty). I’m grateful for the lessons, experiences, and relationships that have gotten me through it. Here’s to hoping for a brighter 2021 and new adventures on the horizon!

It’s been almost a year since I’ve written anything….probably because I’ve been grappling with the nightmare that is COVID-19 for about as much time. Having just stepped out of Turkey, which – although a lovely place- was in the grips of economic downturn and political turmoil, we had hoped China would be an era of stability for us. Turns out we were really, really wrong.

Four months in, at the peak of culture shock and just before a much-anticipated Chinese New Year break, the news of a deadly epidemic was spreading like wildfire. Reluctantly, we went on our scheduled vacation to Japan…just days before we were to return, our school and the American embassy sent out a warning not to come back. What was supposed to be two weeks turned into to three months of e-learning, running out one visa and then another (we stayed in Thailand for about a month and a half and in Cambodia for a month). We were dealing with a school that was giving as little information as possible; one day, they would say “don’t come back to China” and the next they would say “buy a ticket and come back now!” When we did eventually go back, we endured a horrific quarantine, replete with anti-foreigner sentiment, being separated from my husband without being informed in advance, and not being fed or given water consistently for the first several days. The whole experience ruined China for me, frankly, which has been hard to deal with after falling in love with being an expat in Turkey.

To add insult to injury, just two weeks after we finally made it back home to Chongqing, my husband and I were laid off for the following school year, along with several other staff members due to declining enrollment.

I didn’t love the school or Chongqing, but it still felt like a punch to the gut. We really only had two choices: take another job in China, or go back to the U.S. to figure things out and be with our families. In the end, we chose the latter. Neither of us could really take much more of China or its schools.

And now here we are in America…which really can’t seem to get its shit together in this pandemic. We had initially toyed with the idea of teaching here, but seeing how political schools have become in all this -using teachers and students as sacrificial lambs for the economy- we just decided to take a year off and live off of our savings. It isn’t ideal, but we are lucky to have that option.

We’ve been back home in Kansas for about four months now, and it’s been pretty boring for the most part. But boring hasn’t been all bad after over a year of frequent turmoil.

All I can hope is that next year will be better. 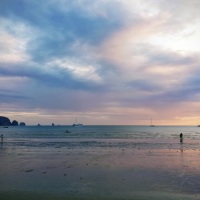 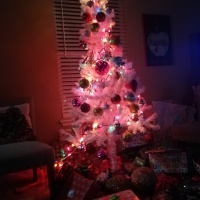 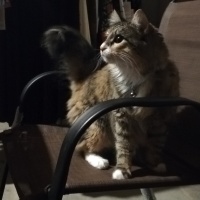 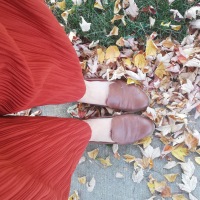 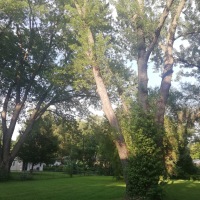 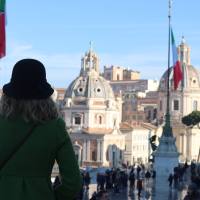 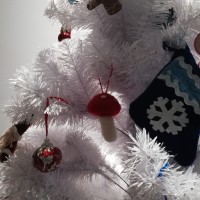 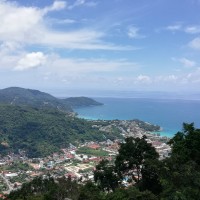 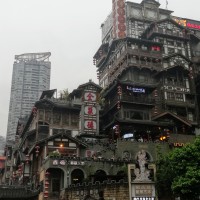 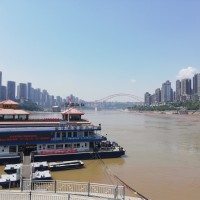